He who fights with monsters should be careful lest he thereby
become a monster. And if thou gaze long into an abyss, the abyss will
also gaze into thee.
Posted by xtina at 23:43 1 comment:

waggle danse (lets do the)

Isomorphisms are studied in mathematics in order to extend insights from one phenomenon to others: if two objects are isomorphic, then any property which is preserved by an isomorphism and which is true of one of the objects, is also true of the other. If an isomorphism can be found from a relatively unknown part of mathematics into some well studied division of mathematics, where many theorems are already proved, and many methods are already available to find answers, then the function can be used to map whole problems out of unfamiliar territory over to "solid ground" where the problem is easier to understand and work with. 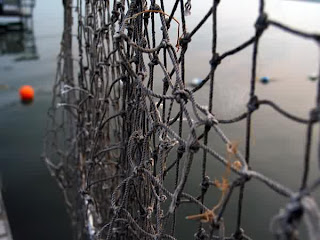 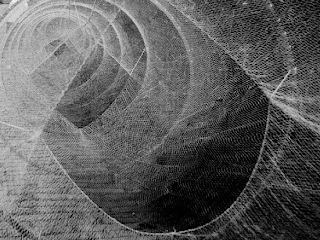 Ernest Cassirer was a German philosopher and historian of ideas, often typed as one of the leading exponents of neo-Kantian thought in the 20th century. His major works include The Philosophy of Symbolic Forms (1923-29). Cassirer saw that human beings were above all a symbolizing animals. The whole range of our achievements, are unique parts of our evolutionary process and help us to understand our experience and the world.
Cassirer considered all forms of intellectual activity creative. As a symbol-creating animal, human being is the product of a new mutation in life. Science, language, art, religion, mythology , they all are man-made worlds, expressing the creativity of spirit, or mind, itself. In this capacity they help us to articulate our experience and our knowledge. Symbolic forms have great creative powers but they can also be destructive. Aware of full horrors of Nazism, Cassirer saw that whole nations could fell victims of political myths. When intellectual, ethical and artistic forces lose their strength, mythical thought start to emerge and pervade the whole of man's cultural and social life.
Posted by xtina at 20:43 1 comment: 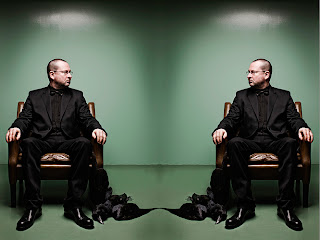 a muse in the dark ages/Reykjavik synecdoche


I remember watching Dancer in the dark at a movie theater in Union Sq. NYC.Never before have I seen a movie punching american capitalism at its core, so directly. Bjork's performance proved to be prophetic, for what followed in her country's socio-economical condition.At the same time, her pop music career went down along with the rope.Her broken voice saying "nobody told me it would be like this" at the final scene, would overshadow any joyful tune ever since. She stood up though with  the unprecedented strength that only a fully naked human being can carry through.
Posted by xtina at 10:42 7 comments:

two pieces for four ears (to be played simultaneously) 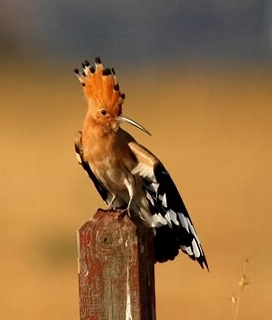 The biocommunicative approach investigates rule-governed, sign-mediated interactions of plants,
animals, fungi and bacteria. Recent investigations demonstrate that pragmatic context determines meaning of combinations of signs used in all organismic kingdoms by organisms (interorganismic) to coordinate common behaviour as well as in communication processes between cells, issues and organs of organisms (intraorganismic). The primacy of pragmatics is valid also in natural genome editing, if viruses or virus-like agents edit genetic codes of cellular host genomes.
Posted by xtina at 18:01 4 comments: 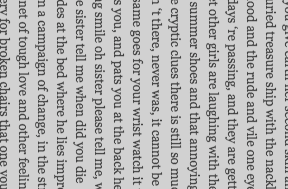 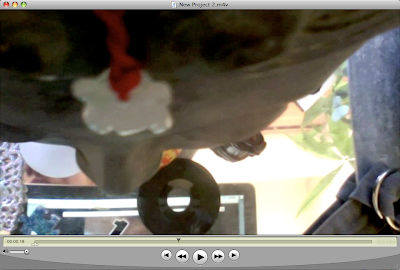 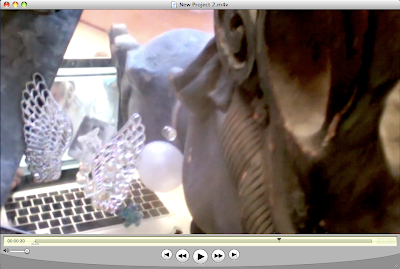 Nothing lusts for Ever

Benjamin probably was the most peculiar Marxist ever pro-
duced by this movement, which God knows has had its full share
of oddities. The theoretical aspect that was bound to fascinate
him was the doctrine of the superstructure, which was only
briefly sketched by Marx but then assumed a disproportionate
role in the movement as it was joined by a disproportionately
large number of intellectuals, hence by people who were inter-
ested only in the superstructure. Benjamin used this doctrine
only as a heuristic-methodological stimulus and was hardly in-
terested in its historical or philosophical background. What fas-
cinated him about the matter was that the spirit and its material
manifestation were so intimately connected that it seemed per-
missible to discover everywhere Baudelaire's correspondances,
which clarified and illuminated one another if they were prop-
erly correlated, so that finally they would no longer require any
interpretative or explanatory commentary. He was concerned
with the correlation between a street scene, a speculation on the
stock exchange, a poem, a thought, with the hidden line which
holds them together and enables the historian or philologist to
recognize that they must a11 be placed in the same period.
Posted by xtina at 11:27 5 comments:

Labels: M
http://netzspannung.org
Posted by xtina at 10:38 No comments:

the eye of the beholder/automatic image annotation 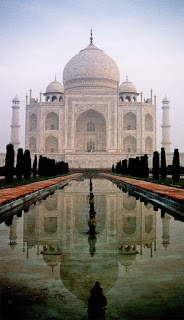 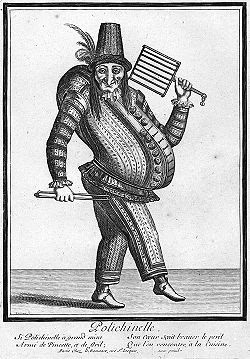 In The Art of Memory, Frances Yates elucidates a classical example of the perceptual affects of time and space through media.  The medium of memory utilizes both time and space.  "Artificial memory," a mnemonic technology, was used to remember a speech as it unfolded in time through the media of architecture. [see memory, (2)] The speech was mapped onto specific familiar places or "loci" through which the orator navigated in his or her mind.  In "artificial memory," the temporal and the spatial were inextricable.
According to Einstein, space and time are relative to the observer.  They are continuous only within the coordinate system in which they are operating.  Therefore, multiple types of "space-time" are conceptually possible outside of the "space-time" experience of human beings (Nerlich 1-11).  In 1907, German mathematician Minkowski published Space and Time , a text that posited a four-dimensional space, with time as the fourth dimension.  Minkowski was a crucial influence on Einstein's revision of the theory of relativity and the further definition of his own concept of "space-time" as a single entity rather than two separate entities (Nerlich 1-11).  Einstein's and Minkowski's conceptions of space radically transformed the media of visual arts and literature.  As Linda Dalrymple Henderson notes in The Fourth Dimension and Non-Euclidean Geometry in Modern Art, modernist movements in the visual arts became concerned with the representation of four-dimensional spatial realities as determined by time.  From Cubism, which still maintained a figurative approach, to the abstractions of Russian suprematism and De Stijl, modern art attempted to depict and form changing spatial and temporal realities.  Likewise, as Joseph Frank proposes in The Idea of Spatial Form , modernist writers intend their work to be read as a distinct moment in time as opposed to a chain of events.  Lessing's categories had switched sides to the pictorial representation of time and the literary representation of space.

timespace
Posted by xtina at 09:32 No comments:

Invention is the excogitation of true things (res), or things similar to truth to render one's cause plausible; disposition is the arrangement in order of the things thus discovered; elocution is the accomodation of suitable words to the invented (things); memory is the firm perception in the soul of things and words; pronunciation is the moderating of the voice and body to suit the dignity of the things and words. [De inventione, I, vii, 9]Cicero

Who is that man moving slowly in the lonely building, stopping at intervals with an intent face ? He is a rhetoric student forming a set of memory loci.
Posted by xtina at 20:17 No comments:

The Art of Memory/ Ad Herennium

The artificial memory is established from places and images (Constat igitur artificiosa memoria ex locis et imaginibus), the definition to be forever repeated down the ages. A locus is a place easily grasped by the memory, such as a house, an intercolumnar space, a corner, an arch, or the like. Images are forms, marks or simulacra (formae, notae, simulacra) of what we wish to remember. For instance if we wish to recall the genus of a horse, of a lion, of an eagle, we must place their images on definite loci.

The art of memory is like an inner writing. Those who know the letters of the alphabet can write down what is dictated to them and read out what they have written. Likewise those who have learned mnemonics can set in places what they have heard and deliver it from memory. 'For the places are very much like wax tablets or papyrus, the images like the letters, the arrangement and disposition of the images like the script, and the delivery is like the reading.'

http://www.idehist.uu.se/distans/ilmh/Ren/yates-adherenn.htm
Posted by xtina at 20:04 4 comments:

"It is one thing to worship a picture, it is another by means of pictures to learn thoroughly the story that should be venerated. For what writing makes present to those reading, the same picturing makes present to the uneducated, to those perceiving visually, because in it the ignorant see what they ought to follow, in it they read who do not know letters. Wherefore, and especially for the common people, picturing is the equivalent of reading."
Posted by xtina at 19:12 4 comments:

"Since each phantasm is a combination not only of the neutral form of the perception, but of our response to it (intentio) concerning whether it is helpful or hurtful, the phantasm by its very nature evokes emotion. This is how the phantasm and the memory which stores it helps to cause or bring into being moral excellence and ethical judgement."
Posted by xtina at 18:42 No comments: 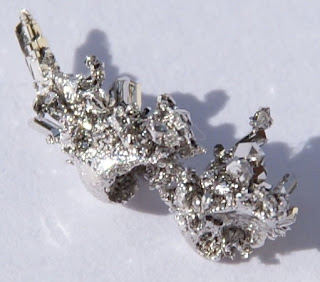