Homer, Aristotle, and the Church Fathers played this role, as did the first mathematicians and the originators of the Hippocratic tradition.This type of author is surely as old as our civilization.But I believe that the nineteenth century in Europe produced a singular type of author who should not be confused with "great" literary authors, or the authors of canonical religious texts, and the founders of sciences.Somewhat arbitrarily, we might call them "initiators of discursive practices".
The distinctive contribution of these authors is that they produced not only their own work, but the possibility and the rules of formation of other texts.[..]
On the other hand, Marx and Freud, as "initiators of discursive practices", not only made possible a certain number of analogies that could be adopted by future texts, but as importantly, they also made possible a certain number of differences.They cleared a space for the introduction of elements other than their own, which, nevertheless, remain within the field of discourse they initiated.[..]
In keeping with this distinction, we can understand why it is inevitable that practitioners of such discourses must "return to the origin".Here, as well, it is necessary to distinguish a "return" from scientific "rediscoveries" or "reactivations"."Rediscoveries" are the effects of analogy or isomorphism with current forms of knowledge that allow the perception of forgotten or obscured figures.[..]
If we return, it is because of a basic and constructive omission, an omission that is not the result of accident or incomprehension.In effect, the act of initiation is such, in its essence, that it is inevitably subjected to its own distortions;that which displays this act and derives from it is, at the same time, the root of its divergences and travesties.This nonaccidental omission must be regulated by precise operations that can be situated, analyzed, and reduced in a return to the act of initiation.The barrier imposed by omission was not added from the outside;it arises from the discursive practice in question, which gives it its law.Both the cause of the barrier and the means for its removal, this omission-also responsible for the obstacles that prevent returning to the act of initiation-can only be resolved by a return.


Taking the study of perception as his point of departure, Merleau-Ponty was led to recognize that one's own body (le corps propre) is not only a thing, a potential object of study for science, but is also a permanent condition of experience, a constituent of the perceptual openness to the world. He therefore underlines the fact that there is an inherence of consciousness and of the body of which the analysis of perception should take account. The primacy of perception signifies a primacy of experience, so to speak, insofar as perception becomes an active and constitutive dimension.

Merleau-Ponty demonstrates a corporeity of consciousness as much as an intentionality of the body, and so stands in contrast with the dualist ontology of mind and body in René Descartes, a philosopher to whom Merleau-Ponty continually returned, despite the important differences that separate them. In the Phenomenology of Perception Merleau-Ponty wrote: “Insofar as I have hands, feet; a body, I sustain around me intentions which are not dependent on my decisions and which affect my surroundings in a way that I do not choose” (1962, p. 440).

The question concerning corporeity connects also with Merleau-Ponty's reflections on space (l'espace) and the primacy of the dimension of depth (la profondeur) as implied in the notion of being in the world (être au monde; to echo Heidegger's In-der-Welt-sein) and of one's own body (le corps propre). 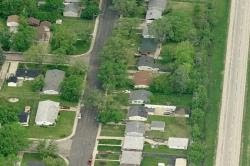 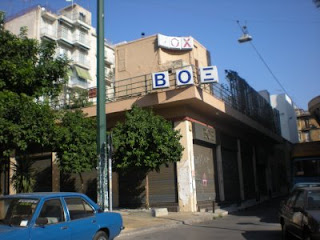 Joe Purdy » REM from The Voice Project on Vimeo.

"From Baudelaire's essay on Pierre Dupont:'We had been waiting so many years for some solid, real poetry!Whatever the party to which one belongs, whatever the prejudices one has inherited, it is impossible not to be moved by the sight of that sickly throng breathing the dust of the workshops, swallowing lint, becoming saturated with white lead, mercury, and all the poisons necessary to the creation of masterpieces, sleeping among vermin in the heart of districts where the humblest and greatest virtues live side by side with the most hardened vices and with the dregs from prisons.That sighing and languishing throng to which the earth owes its marvels, which feels flowing in its veins an ardent red blood, which looks long and sadly at the sunshine and shade of the great parks and, for its only comfort and consolation, bawls at the top of its voice its song of salvation:Let us love one another...'-'There will come a time when the accents of this workingman's Marseillaise will circulate like a Masonic password, and when the exiled, the abandoned, and the lost, whether under the devouring tropical sky or in the snowy wilderness, will be able to say, 'I have nothing more to fear-I am in France!'as he hears this virile melody perfume the air with its primordial fragrance:'Nous dont la lampe le matin/Au clairon du coq se rallume,/Nous tous qu'un salaire incertain/Ramene avant l'aube a l'enclume...'-On the "Chant des ouvriers":'When I heard that wonderful cry of melancholy and sorrow, I was awed and moved.'Cited in Maxime Leroy, Les Premiers Amis francais de Wagner (Paris 1925), pp.51-53."

deus ex-machina_talking to my compUter