night/νύχτα from rhizoma on Vimeo.

8 July 1979
during all the time that I spent cutting out these two little
flowers for you.
follow the line of my drawing, my life line, my line of
conduct.


Bernard Stiegler has rightly observed that “we are now in the midst of a revolution in cultural and cognitive technologies, and in the very foundations of knowledge.”[1] It is a revolution in which “intelligence must wage a battle for intelligence”[2] against psychotechnological systems of psychopower which function as “attention control apparatuses” which destroy attention, and responsibility with it.[3] One might reformulate Stiegler’s description of the revolution in contemporary cultural and cognitive technologies in Arendtian terms as “a battle for the life of the mind,” which would constitute a resistance against all forms of technological hegemony that seek to eliminate human spontaneity, as it is exhibited in the human capacities to think, will, and judge.
Stiegler has noted the similarity between psychopower and education. Education, according to Stiegler, is attention formation. As he explains, to “capture attention is to form it… and to form it is to capture it.”[4] Attention formation has historically taken place through psychotechniques such as reading or writing. These psychotechniques form attention through “the play of retentions and protentions individually and collectively.”[5] Here it is possible to map Arendt’s activities of the life of the mind onto Stiegler’s model of intelligence. Retention can be understood as judging, which is concerned with the past and relies on the retentive (hypomnesis) and productive (anamnesis) capacities of the imagination. Protention can be understood as willing, with its concern for future projects. Attention can be understood as thinking, the inner dialogue which interacts with the other activities. Stiegler explains how these capacities develop through the use of psychotechnics:
The formation of at-tention always consists of the psychotechnical accumulation of re-tentions and pro-tentions. Attention is the flow of consciousness, which is temporal and, as such, is created initially by what Husserl analyszes as “primary” retentions – “primary” because they consist of apparent (present) objects whose shapes I retain as though they were themselves present. This retention, called “primary” precisely because it occurs in perception, is then “conditioned” by “secondary” retentions, as the past of the attentive consciousness – as its “experience.” Linking certain primary retentions with secondary retentions, consciousness projects protentions, as anticipation. The  constitution of attention results from the accumulation of both primary and secondary retentions, and the projection of protentions as anticipation.[6]
http://therelativeabsolute.wordpress.com/2010/12/28/the-new-revolution-stiegler-and-arendt-on-psychopower-education-and-the-life-of-the-mind/
Posted by xtina at 10:02 1 comment:

The dissimulation of the woven texture can in any case take centuries to undo its web:a web that envelops a web, undoing the web for centuries, reconstructing it too as an organism, indefinitely regenerating its own tissue behind the cutting trace, the decision of each reading.There is always a surprise in store for the anatomy or physiology of any criticism that might think it had mastered the game, surveyed all the threads at once, deluding itself, too, in wanting to look at the text without touching it, without laying a hand on the "object", without risking-which is the only chance of entering into the game, by getting a few fingers caucht-the addition of some new thread.Adding here, is nothing other than giving to read.One must manage to think this out:that it is not a question of embroidering upon a text, unless one considers that to know how to embroider still means to have the ability to follow the given thread.That is, if you follow me, the hidden thread. If reading and writing are one, as is easily thought these days, if reading is writing, this oneness designates neither undifferentiated (con)fusion nor identity at perfect rest; the is that couples reading with writing must rip apart.
One must then, in a single gesture, but doubled, read and write.And that person would have understood nothing of the game who, at this {du coup} , would feel himself authorized merely to add on;that is, to add any old thing.He would add nothing:the seam wouldn't hold.Reciprocally, he who  through "methodological prudence," "norms of objectivity," or "safeguards of knowledge" would refrain from committing anything of himself, would not read at all.The same foolishness, the same sterility, obtains in the "not serious" as in the "serious".The reading or writing supplement must be rigorously prescribed, but by the necessities of a game, by the logic of play, signs to which the system of all textual powers must be accorded and attuned.

Did Immanuel Kant dream of Wikileaks? On Perpetual Peace

About 200 years after the emergence of Kant’s theory, it turns out that political scientists who work in international relations have come to the conclusion that this theory is correct, according to the data they have thus far. This is surprising: the dominant theory in international relations—so-called “realism”—has no explanation for this data. Realism posits that states, in foreign policy, act exclusively according to their own national interests, so that, without any supra-national body, there is a sort of Hobbesian state of nature, in which conflicts, according to the interests of the states involved, can escalate into wars, regardless of the sort of constitutions these states have.

Against this view, Kant maintained that democracies (“Republics”) would not go to war against one another, because the interests of the ruling bodies within these democracies are generally identical with the interests of those who are governed by them, because the worth of the individual has become a part of the understanding of the state, and because—and here is the crucial point for us—the international relationships in democracies are public: there aren’t any secret subsidiary agreements to international treaties; for every citizen, everything is transparent and can be checked on, and those who rule in democracies tend to avoid all duplicity and secret policies. This condition of publicity constitutes the centerpiece of Kant’s democratic peace: The democratic form of government will ensure peace between republics, independent of their particular interests, only when the goals and praxis of regimes in international politics are transparent and public.

Mark Twain_The report of his death was an exaggeration 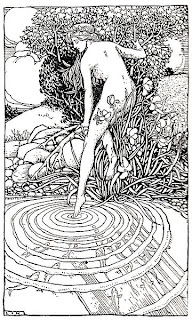 SATURDAY.-- I am almost a whole day old, now. I arrived yesterday. That is as it seems to me. And it must be so, for if there was a day-before-yesterday I was not there when it happened, or I should remember it. It could be, of course, that it did happen, and that I was not noticing. Very well; I will be very watchful now, and if any day-before-yesterdays happen I will make a note of it. It will be best to start right and not let the record get confused, for some instinct tells me that these details are going to be important to the historian some day. For I feel like an experiment, I feel exactly like an experiment; it would be impossible for a person to feel more like an experiment than I do, and so I am coming to feel convinced that that is what I AM--an experiment; just an experiment, and nothing more.

Then if I am an experiment, am I the whole of it? No, I think not; I think the rest of it is part of it. I am the main part of it, but I think the rest of it has its share in the matter. Is my position assured, or do I have to watch it and take care of it? The latter, perhaps. Some instinct tells me that eternal vigilance is the price of supremacy. [That is a good phrase, I think, for one so young.] [...]

I followed the other Experiment around, yesterday afternoon, at a distance, to see what it might be for, if I could. But I was not able to make out. I think it is a man. I had never seen a man, but it looked like one, and I feel sure that that is what it is. I realize that I feel more curiosity about it than about any of the other reptiles. If it is a reptile, and I suppose it is; for it has frowzy hair and blue eyes, and looks like a reptile. It has no hips; it tapers like a carrot; when it stands, it spreads itself apart like a derrick; so I think it is a reptile, though it may be architecture.
I was afraid of it at first, and started to run every time it turned around, for I thought it was going to chase me; but by and by I found it was only trying to get away, so after that I was not timid any more, but tracked it along, several hours, about twenty yards behind, which made it nervous and unhappy. At last it was a good deal worried, and climbed a tree. I waited a good while, then gave it up and went home.
Today the same thing over. I've got it up the tree again.

Natural light, equivalent to lumen naturalis rationis, in medieval philosophy and theology denoted the ordinary cognitive powers of human reason unaided by the supernatural light of grace, lumen gratiae, or divine revelation, lumen fidei. -- J.J.R. The phrase 'natural light of reason' occurs also in the scientific writings of Galileo (q.v.) and De...
Found on http://www.ditext.com/runes/l.html
Posted by xtina at 12:46 4 comments:

http://www.eie.gr/archaeologia/gr/02_DELTIA/Metroon.aspx
Posted by xtina at 14:37 No comments:


"And they plaster themselves on the walls.An immense poster.This is a stamp.They have signed our I.O.U. and we can no longer acknowledge it.Any more than our own children.This is what tradition is, the heritage that drives you crazy.People have not the slightest idea of this, they have no need to know
that they are paying (automatic withdrawal) nor whom they are paying (the name or the thing: name is the thing) when they do anything whatsoever, make war or love, speculate on the energy crisis, construct socialism, write novels, open concentration camps for poets or homosexuals, buy bread or hijack a plane, have themselves elected by secret ballot, bury their own, criticize the media without rhyme or reason, say absolutely anything about chador or the ayatollah, dream of a great safari, found reviews, teach, or piss against a tree."

II our house of cards 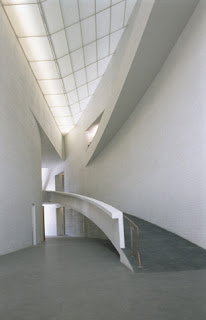 structuralism and deconstruction
cross on synecdoche
Posted by xtina at 17:56 4 comments: