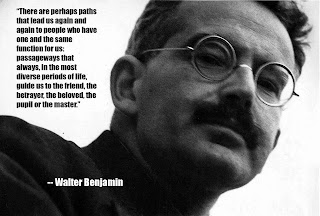 The only historian capable of fanning the spark of hope in the past is the one who is firmly convinced that even the dead will not be safe from the enemy if he is victorious. 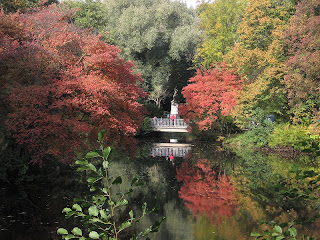 Not to find one's way around a city does not mean much.But to lose one's way in a city, as one loses one's way to a forest, requires some schooling.Street names must speak to the urban wanderer like the snapping of dry twigs, and little streets in the heart of the city must reflect the times of day, for him, as clearly as a mountain valley.This art I acquired rather late in life, it fulfilled a dream, of which the first traces were labyrinths on the blotting papers in my school notebooks.No, not the first, for there was one earlier that has outlasted the others.The way into this labyrinth, which was not without its Ariadne, led over the Bendler Bridge, whose gentle arch became my first hillside.Not far from its foot lay the goal: Friedrich Wilhem and Queen Luise.On their round pedestals they towered up from the the flowerbeds, as though transfixed by the magic curves that a stream was describing in the sand before them.But it was not so much the rulers as their pedestals to which I turned, since what took place upon these stone foundations, though unclear in context, was nearer in space.That there was something special about this maze I could always deduce from the broad and banal esplanade, which gave no hint of the fact that here, just a few steps from the corso of cabs and carriages, sleeps the strangest part of the park.
I got a sign of this quite early on.Here, in fact, or not far away, must have lain the couch of that Ariadne in whose proximity I first experienced what only later I had a word for: love.

[Berlin Childhood around 1900_Tiergarten, W.Benjamin]
Posted by xtina at 23:53 9 comments:

"Memory is not an instrument for surveying the past but its theater.Its the medium of past experience (Medium des Erlebten), just as the earth is the medium in which dead cities lie buried.He who seeks to approach his own buried past must conduct himself like a  man digging".